Tolkien once said “Not all those who wander are lost.” Instead, I’ve discovered the pleasure of finding my own way and shedding some extra baggage as I go. I hope my musings and meanderings inspire you to plan your trip. ~ Bjorn Akselsen
Latin America

Deep in the Peruvian Amazon

Nothing has held a more mythic pull on me than the Amazon. But the trip almost ended as soon as it started after a pack of dogs chased me in a dark Iquitos street the night before my scheduled pick up on an Amazon River tributary. One of the dogs grazed my shoe, but if there was a bite, it did not break through to the skin. If it had, it would have meant a trip to get rabies shots and the end of the adventure.

But I was on my way, to a place in the upper Amazon basin, in the Peruvian part of the vast rainforest. After researching tour operators in the area, I landed on Amazonia Expeditions (AE), a research station and eco-travel operator in one. They have two lodges in the Tamshiyacu-Tahuayo Reserve (Area de Conservacion Regional Comunal de Tamshiyacu-Tahuayo) an enormous forest in a remote part of the Amazon. To get there, you’ll have to fly to Lima, then another flight to Iquitos. From Iquitos, the lodge is reached by a 3-hour river “cruise”.

AE furnished me with a guide (Weniger) and together we went exploring several times a day, sometimes up as early as 6 am and late to bed. Weniger is a walking encyclopedia of jungle knowledge, something I tapped into at every opportunity. There’s typically 15-20 other visitors at the center, all of whom have communal meals in the lodge. The center strives to provide a lot of flexibility and I was surprised to find that I could switch between group explorations and one-on-one with my guide. There are lots of excursions available, democratically planned and selected the night before.

While I was there in Winter (Summer in the US) and many of the animals have retreated inland, the experience was nothing short of transformative. This finely tuned ecosystem follow a pattern of flooding (often as much as 10-15 feet) and draining every year, and the flora/fauna oscillate with it. I didn’t see as many animals as I had hoped but my guide made up for that with his extensive knowledge of plants/uses and mega-hikes in the jungle. 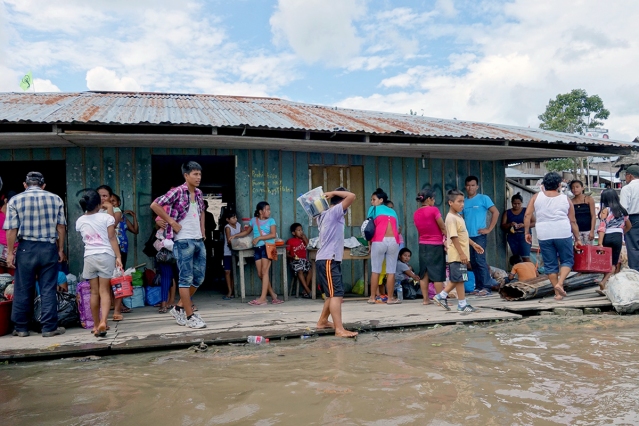 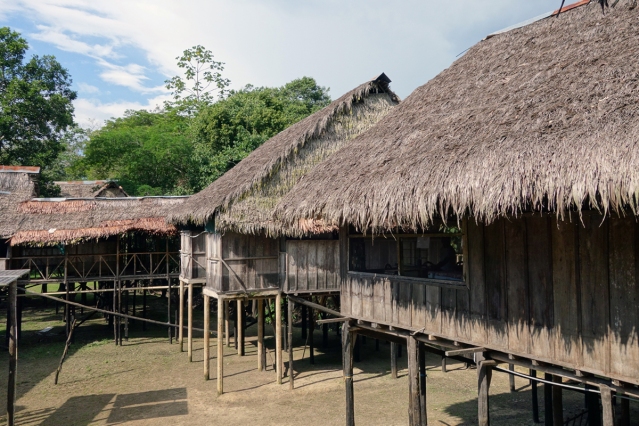 The main lodge. I stayed here for five days, and then 2-3 days at the remote research center, about a 1-2 hour trip by boat. 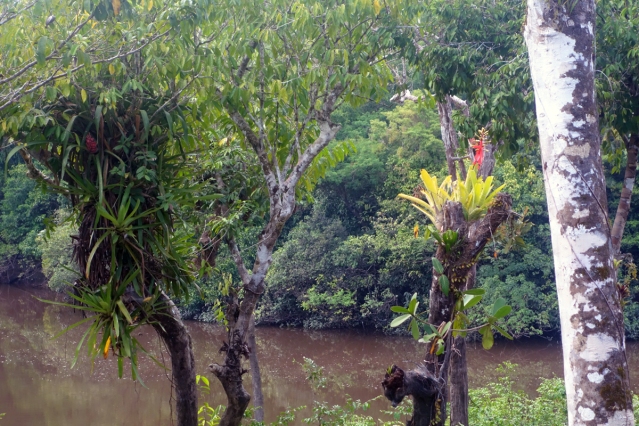 My guide and jungle mentor, Weninger. The jungle is dense and impenetrable. Unless you have a machete, of course.

Rubber boots are the way to go as much of the ground is muddy. 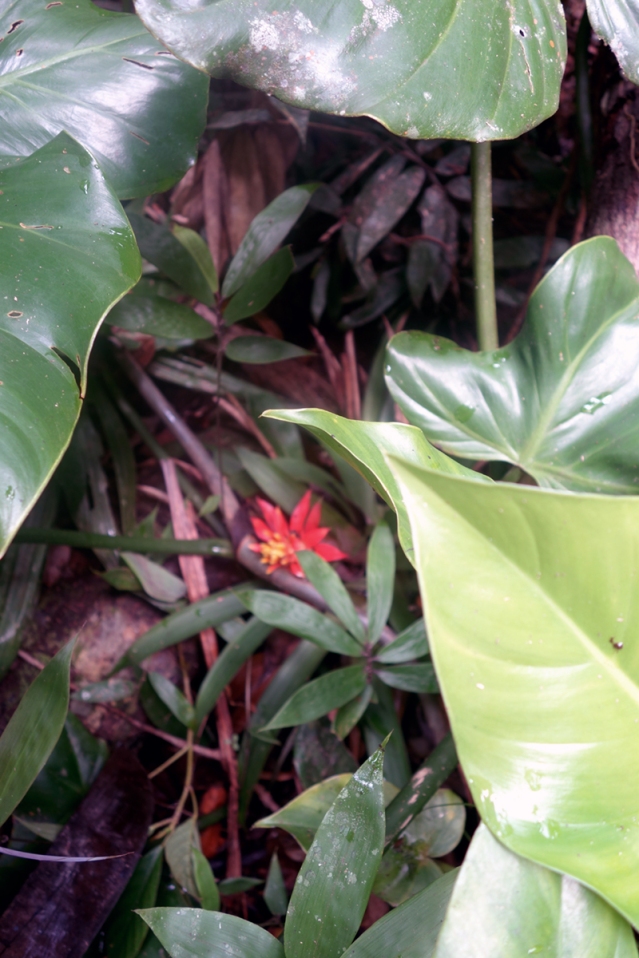 Huge electric eel. These guys are plentiful and can pack up to 850 volts. 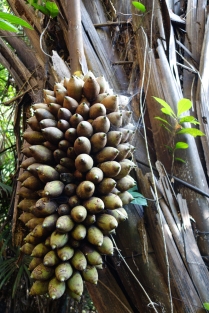 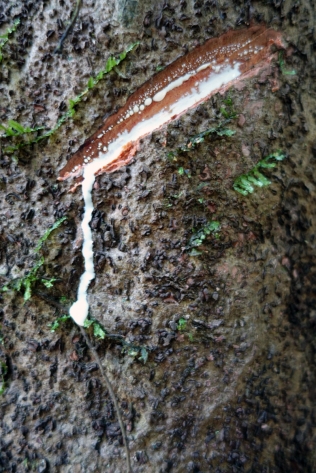 The locals have names for all the plants and trees, often based on their uses. On top, left, this is known as the “Kerosene tree,” for obvious reasons. Top middle, Brazilian coconut. Top right, sap from this tree is used amongst other things as a coagulant used during childbirth. Bottom left, rubber. 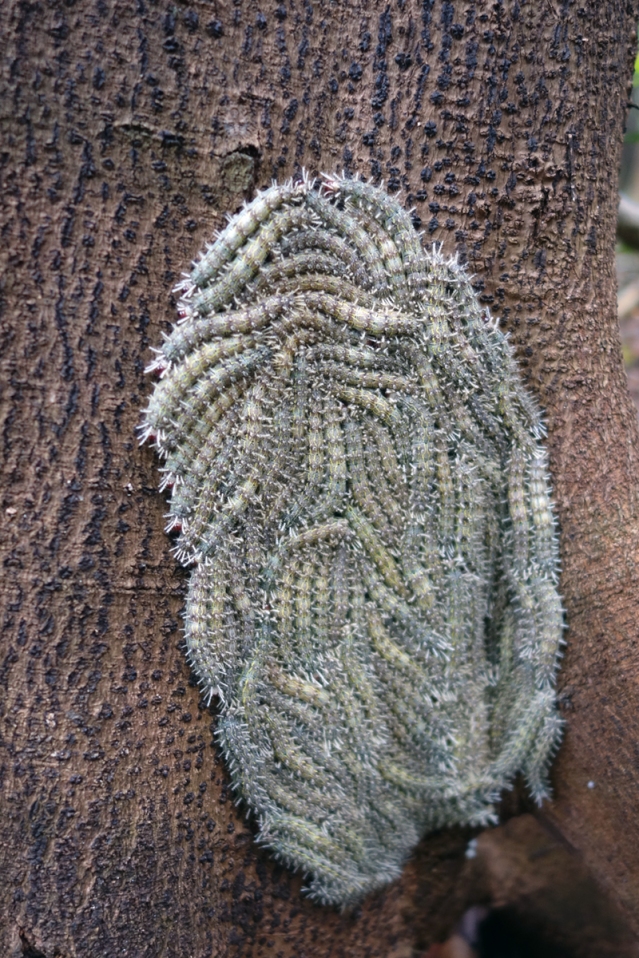 A curious community of caterpillars. Stick your fingers in here and they move as a unit. Of course, you shouldn’t touch any of these as there are some very toxic species… 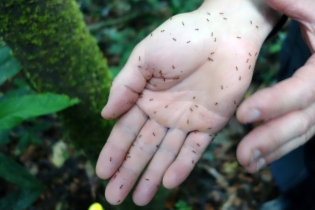 The best mosquito repellent. Stick your hand into a termite nest. Then rub your hands to squeeze the termites. The resulting juice is not only a repellant, but it also has an excellent odor.

Roots of some kind.

How to make a canopy in the jungle. 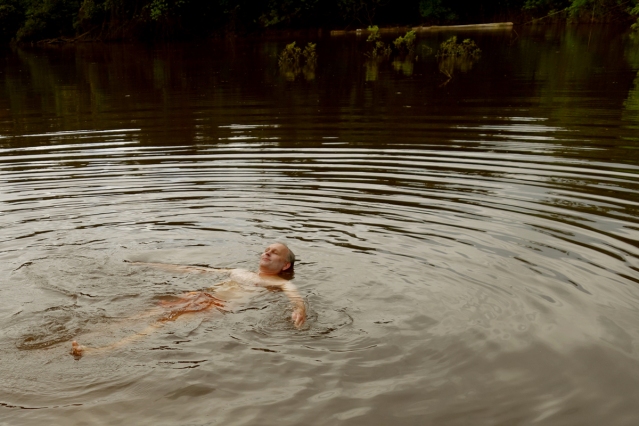 Ok, the relaxed look is fake; I did worry a little about river critters. But even in this remote area, larger Caymans are rare and mostly stay clear of humans.

Left photos, from a long jungle trek and lunch al fresco. Right, fishing in the river. There are almost 30 species of Piranha, but only a few are carnivores. And counter to the many myths, they do not strip you to the bones if you stick your foot in the water. This guy, a Red-bellied Piranha (he’s indeed Carnivorous), is like his relations, bony and not particularly tasty. But they are ok in soups. The act of attracting Piranhas is so counter to common fishing techniques. Instead of being quiet, we would attract them by whipping the surface with our fishing pole.

Whip snake. Not venomous, but fast, sometimes aggressive and can deliver a powerful bite. 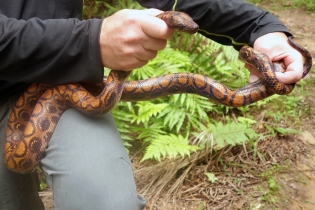 We had been searching for Anacondas, Fer de Lance, and other snakes for quite some time when at a campsite this rare Rainbow Boa just came slithering in. Don’t be fooled, even at this size, they can be hard to handle. 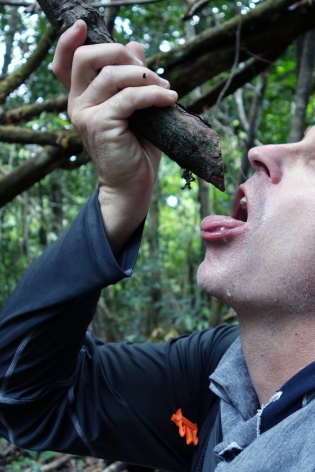 Another jungle survival technique; cut lianas in two places and drink the water. 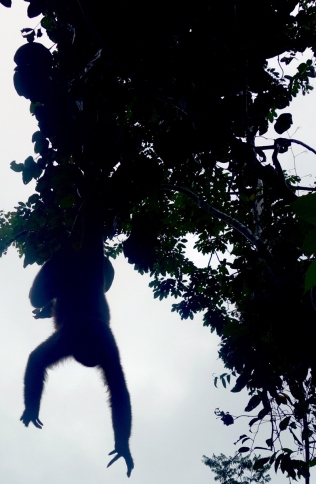 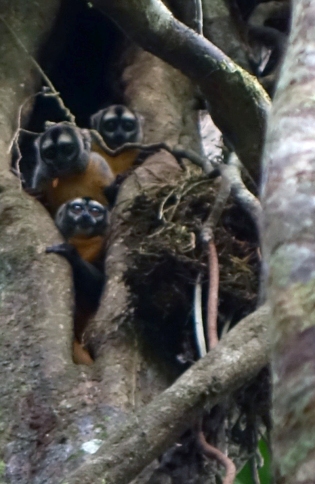 One of many orchid species found locally.

Photos from inside a huge log where there were at least 3-4 different bat species. The one on the right is the mythical Vampire Bat. They have been known to feed on livestock and the occasional Campesino.

A visit to a local village and shaman 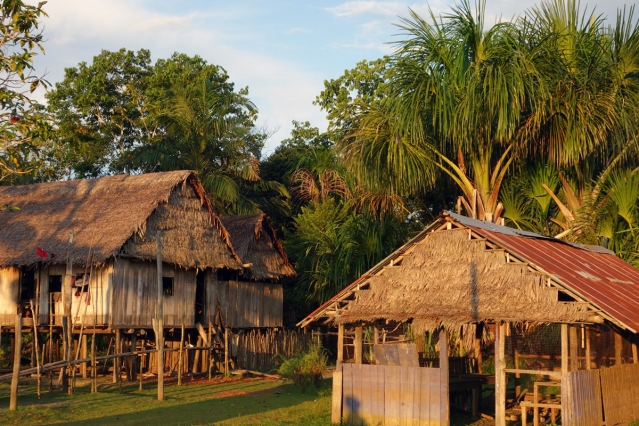 Dismissed by many as a show, a trip to the local shaman is an interesting experience. This guy had some insight that is hard to explain. I was less enthusiastic about the pungent concoction he made me to drink.