Tolkien once said “Not all those who wander are lost.” Instead, I’ve discovered the pleasure of finding my own way and shedding some extra baggage as I go. I hope my musings and meanderings inspire you to plan your trip. ~ Bjorn Akselsen
East Asia

In the relatively short Summer climbing season, the ascent is more a hike than a climb. But this mountain is, after all, 12,400ft (3,776 meters) above sea level, and weather can be extremely unpredictable. A very popular destination, many do the hike up and down in a day, or a couple of days, staying in one of the hill-stations on the way.

As May is temperamental weatherwise, at least for the top half of the mountain, I knew I would encounter snow and ice but decided to try the climb anyway. I very nearly had to give up about 500 meter from the summit due to ice and exhaustion, but two Japanese climbers saved my pride by letting me use one of their ice-axes. The last steps up were grueling due to the lack of oxygen, one or two steps forward, rest, then repeat.

I had no Japanese language skills, and these guys knew little English, but without them, I would not have made it up the mountain. 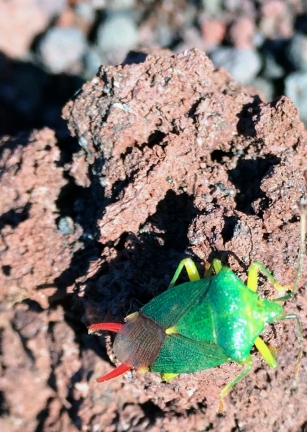 In this harsh climate and no vegetation, it’s surprising to see bugs.

At one point, about halfway up, a huge thunderstorm rolled in, an uncomfortable moment as there were no shelters around. 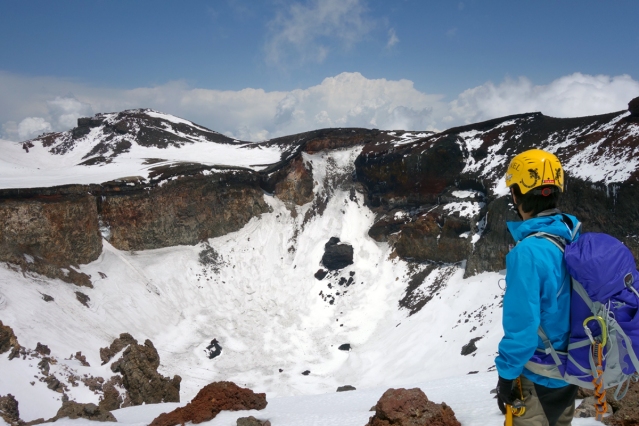 Many forget that Mt. Fuji is still an active volcano. Here’s the crater. 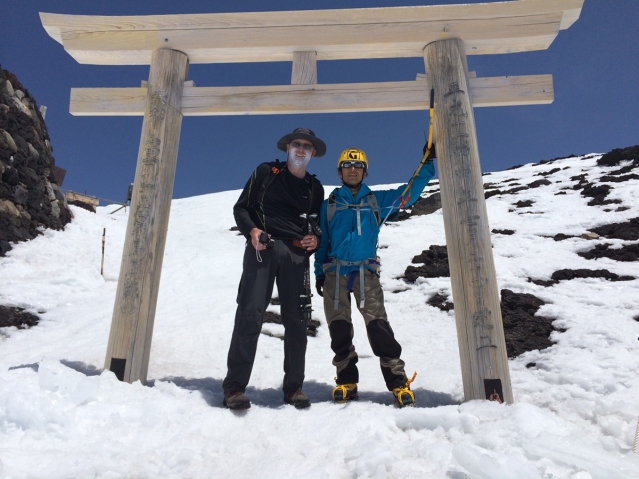 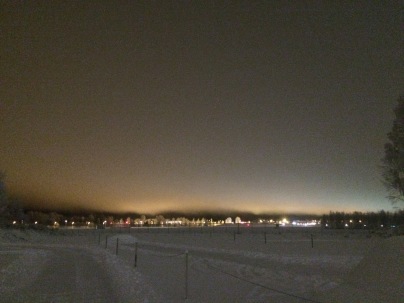